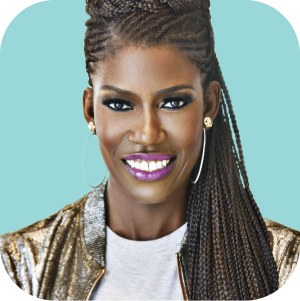 Over the course of her career, Netflix CMO Bozoma “Boz” Saint John has earned a formidable reputation as a trailblazing brand and marketing executive and genuine change-agent in the space. Few people have the depth and breadth of experience that Boz has. Couple that with her remarkable success at Pepsi, Apple, Uber, and the Endeavor brands (WME | IMG, Miss Universe, Ultimate Fighting Champion, Professional Bull Riders, and more) and you have one of the most effective marketers of any generation.

With almost 20 years of experience that spans multiple industries including digital music and entertainment, consumer packaged goods, fashion, sports and automotive, Bozoma is a leader heralded for her bold thinking and cutting-edge ideas. Prior to Netflix and Endeavor, she served as the Chief Brand Officer at Uber, where she was tasked with telling the stories of millions of riders and driver-partners across over 600 cities, and as the Head of Global Consumer Marketing for Apple Music and iTunes, where she built and launched Apple Music, as well as spearheaded campaigns geared towards growing consumer brand recognition, loyalty, and equity around the world.

Recognized for her breakthrough work by both the industry and her peers, Boz is a member of the Billboard Hall of Fame, as well as the Hall of Achievement for the American Advertising Federation. She has been the recipient of numerous awards, named Executive of the Year by Billboard Magazine, and featured in lists such as Fortune Magazine’s “Disruptors, Innovators & Stars 40 Under 40,” Fast Company’s “100 Most Creative People”, and more.

Hailed as the "coolest person to ever go on stage at an Apple event,” by Buzzfeed, Bozoma brings unparalleled energy, transformative thinking, and innovative ideas to each engagement. 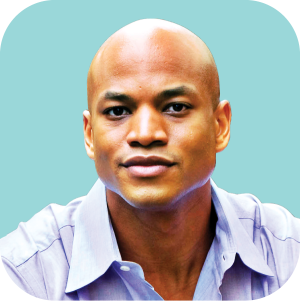 Wes Moore is the chief executive officer of Robin Hood, one of the largest antipoverty forces in the nation. He is a bestselling author, combat veteran, and social entrepreneur.

Wes’s first book, the perennial New York Times Best Seller The Other Wes Moore, captured the nation’s attention on the fine line between success and failure in our communities and in ourselves. That story has been optioned by executive producer Oprah Winfrey and HBO to be made into a movie. He is also the author of the bestselling books The Work, Discovering Wes Moore, and This Way Home.

Wes’s latest book, Five Days, explores the uprisings in Baltimore in 2015 after the death of Freddie Gray, who was in police custody, through a kaleidoscope of perspectives and examines critical questions about the deeper causes of violence and poverty.

Wes grew up in Baltimore and the Bronx, where he was raised by a single mom. Despite childhood challenges, he graduated Phi Theta Kappa from Valley Forge Military College in 1998 and Phi Beta Kappa from Johns Hopkins University in 2001. He earned an MLitt in international relations from Oxford University as a Rhodes Scholar in 2004. Wes then served as a captain and paratrooper with the US Army’s 82nd airborne, including a combat deployment to Afghanistan. He later served as a White House Fellow to Secretary of State Condoleezza Rice.

Before becoming CEO at Robin Hood, Wes was the founder and CEO at BridgeEdu, an innovative tech platform based in Baltimore that addressed the college completion and job placement crisis by reinventing freshman year for underserved students. BridgeEdu was acquired by Edquity, a Brooklyn-based student financial success and emergency aid firm, in June 2019.

Wes has also worked in finance as an investment banker with Deutsche Bank in London and with Citigroup in New York.

Wes has served on numerous nonprofit and social-impact boards and is a lifetime member of the Council of Foreign Relations.

The joys of Wes’s life are his two children and his wife, Dawn. 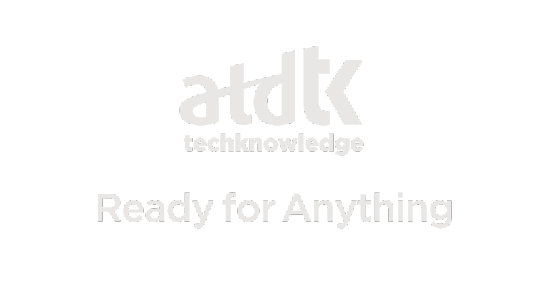